It is a boutique firm just outside New York City, whose small professional staff has twelve years of experience in placing thousands of clients on virtually every news show in America. 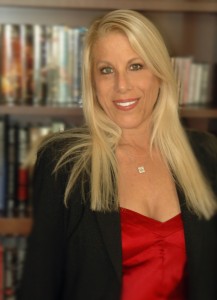 Rarely does one day go by without one of the firm’s clients appearing on the couch at FOX and FRIENDS or looking into a CNN camera from places like Phoenix or Orlando or Washington DC, or chatting at the desk of a CNBC host discussing the pressing financial issues of the day.

If you have ever wondered how an expert gets to be a guest, an authority, a “talking head” on a live show that you have seen, a firm like Lois Katz Public Relations is often the answer.

The firm represents lawyers, doctors, political analysts, financial gurus, national security specialists and many other professionals to put them in front of live cameras and on live sets from every major city in the nation.

One of the firms many clients, an attorney who has been on the air more than 140 times in four years said, “I knew my opinions on legal matters and high profile cases of the day were at least as good if not better than many of those I watched on TV, but I could not break through to get on the air until I hired Lois Katz Public Relations.”

If you have a marketing budget or some discretionary funds and want to try for the national exposure and notoriety that you can gain by going head to head with Nancy Grace or Neal Cavuto, to name a few, you owe it to your practice, business or organization  to contact the firm.

As one example: Her clients have appeared many dozens of times on the highest rated cable news show in the country, The O’Reilly Factor on Fox News.  The marquee and commercial value of one such appearance is incalculable!

Appearing on national television enhances your profile, increases your business and is just plain challenging and fun.  Read some of the many testimonials about Katz’s representation here:

Lois Katz, the founder of the firm, began her career in television news in 1974, as an intern at WNBC-TV while still at Rutgers University.

That led to over a decade at NBC News where she worked her way up from an  executive assistant at the NBC flagship station to an Associate Producer and then News Bureau coordinator for NBC Network News.

Her expertise in finding just the right expert was honed at MSNBC as a Guest
Booker, where she then went on to be a Segment Producer.
.
Those many years in the news industry taught her exactly what news shows must have to
make a story sparkle with crisp authority from a guest analyst.  Daily she is called on to provide a former prosecutor for a segment on a blockbuster criminal trial or a credit expert for one of the business news shows or a medical specialist for the new Dr. Oz daytime network program.

Those contacts and three decades of good will are the foundation of Lois Katz Public  Relations; as well as the sterling reputation and the remarkable success the firm enjoys today.